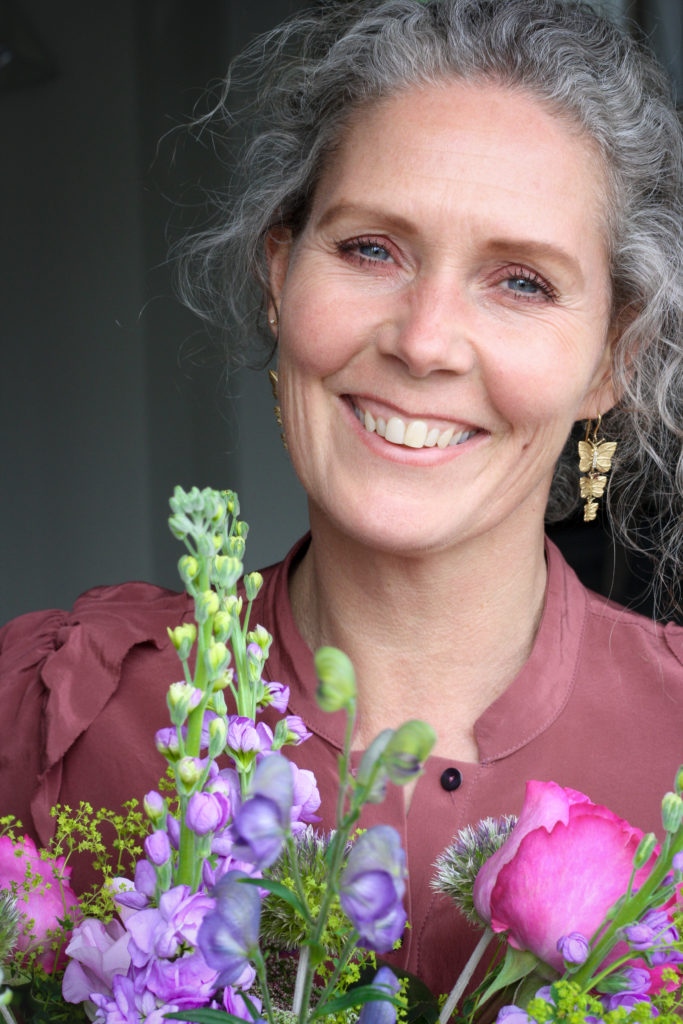 Pernille Thiele is originally a educated optician and sixth generation of Thiele Glasses dating all the way back to year 1817.

Pernille has a passion for colors and adventures that are expressed through her work as an art painter.

This passion for colors and a desire to express themselves through artisan creativity has led Pernille to throw herself over her obvious great love for flowers.

In 1835, H. C. Andersen wrote the story “The Little Idas Flowers” to Ida Thiele, who was the daughter of Just Mathias Thiele. This story, Pernille has been told many times when she was a little girl, and that adventure has made her to this day to have her fascination with the fairy tales and the flowers.